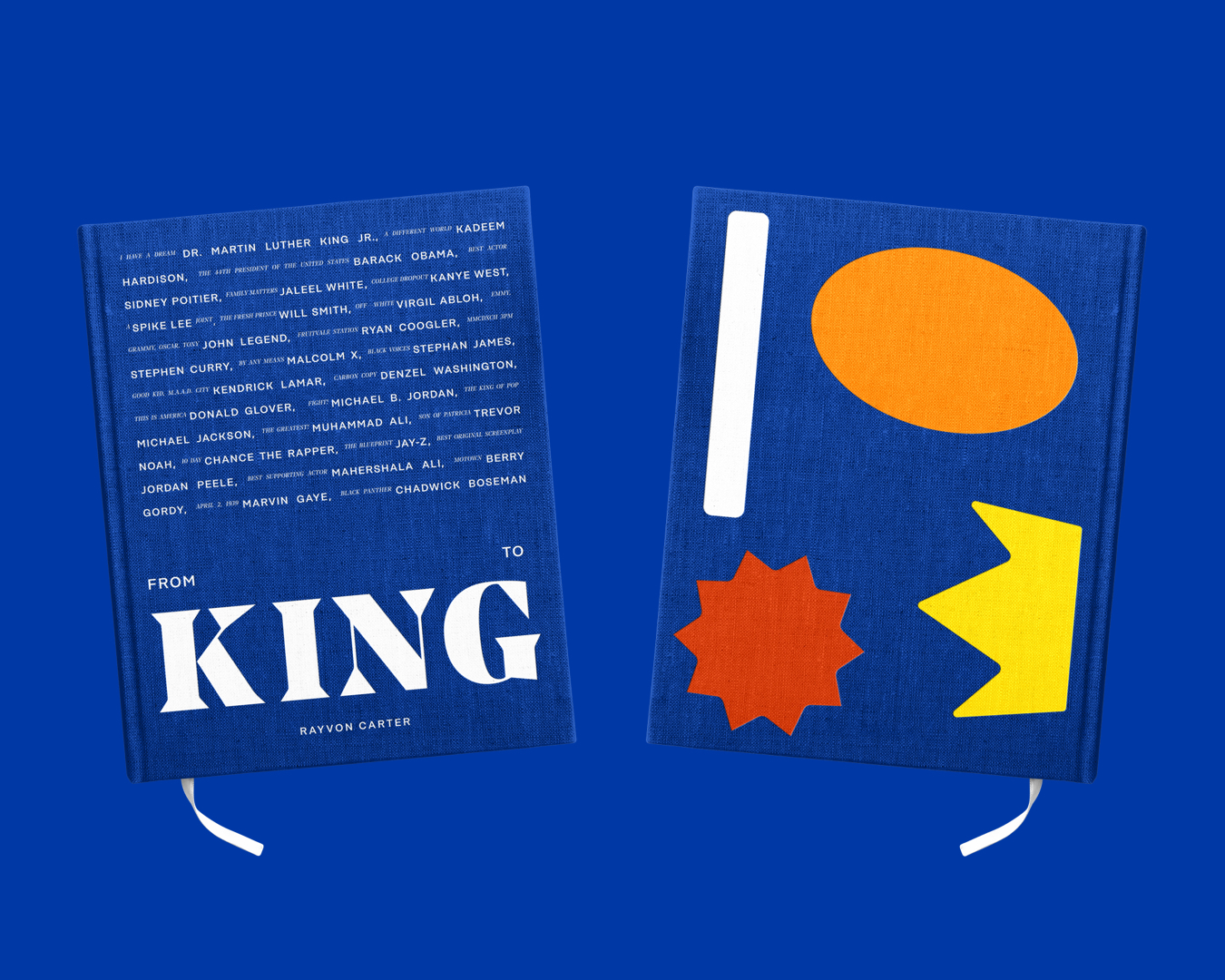 From King to King

From King to King is the inaugural self-published effort from writer and filmmaker Rayvon Carter. After his social media campaign of the same name was met with so much fandom and appreciation during Black History Month, Carter tasked me with designing a book that unified and expanded upon the essence of the campaign. From King to King celebrates some of the historic, contemporary and fictional Black men that positively impacted Carter’s life. It is a form of gratitude to Black men everywhere for their existence. 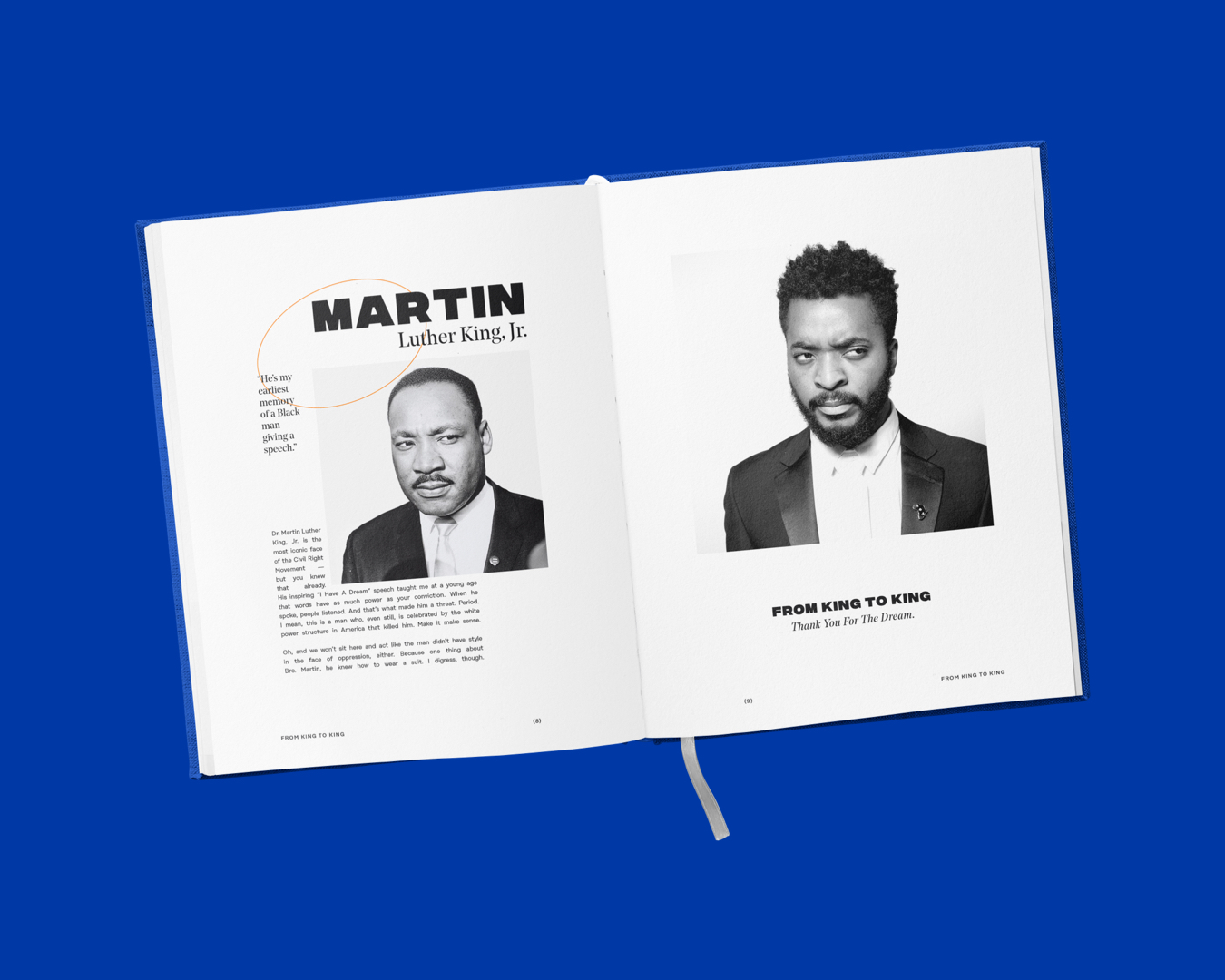 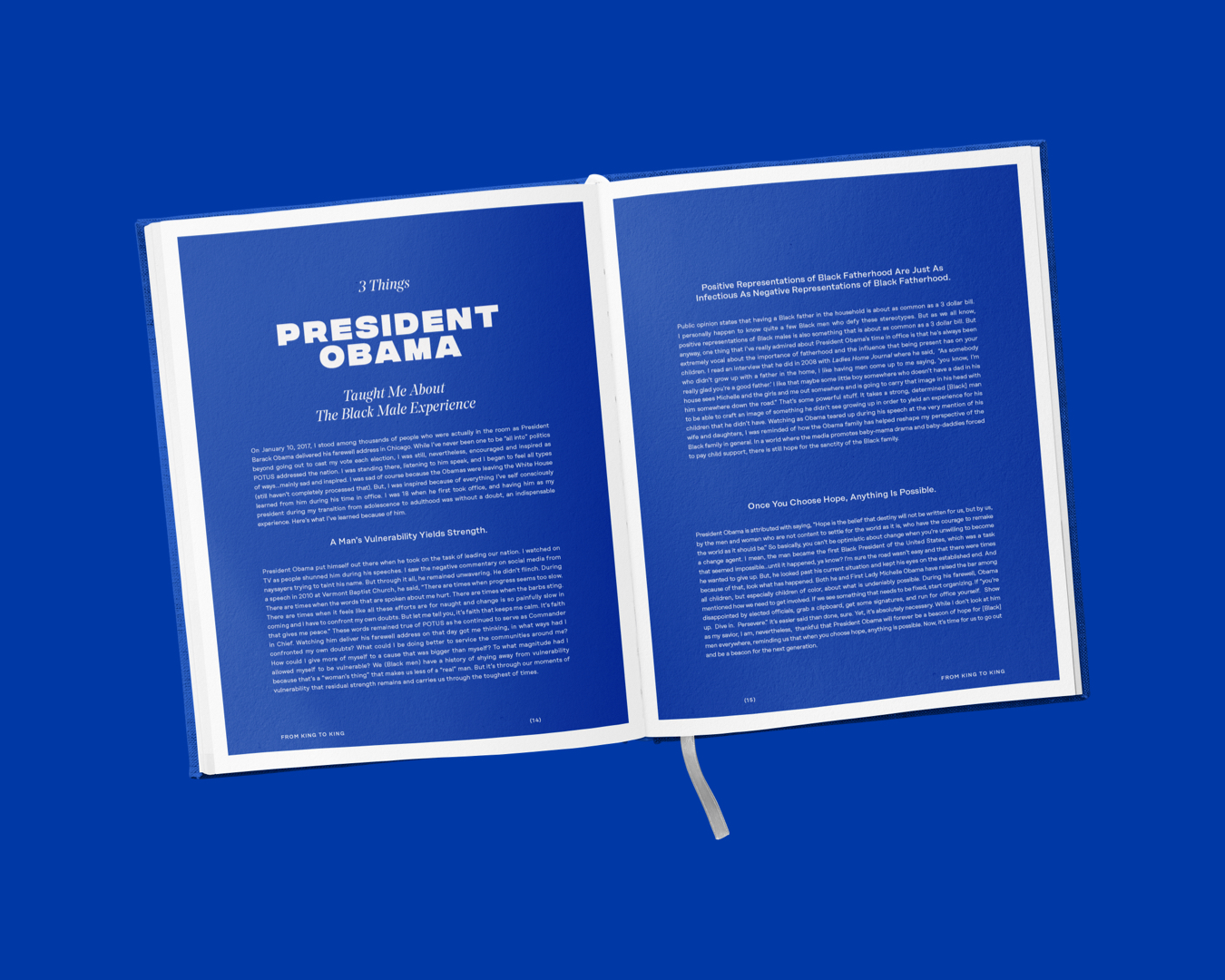 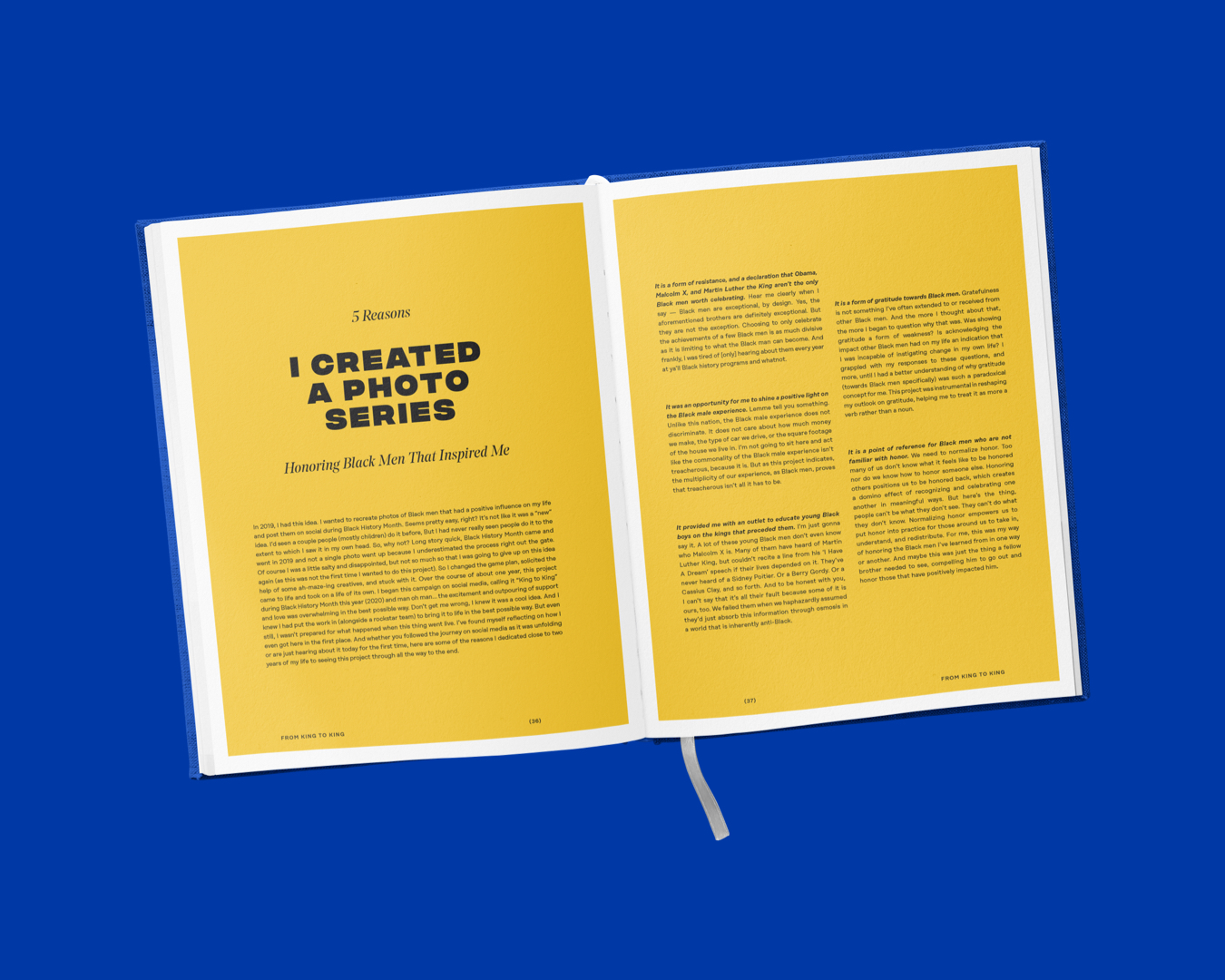 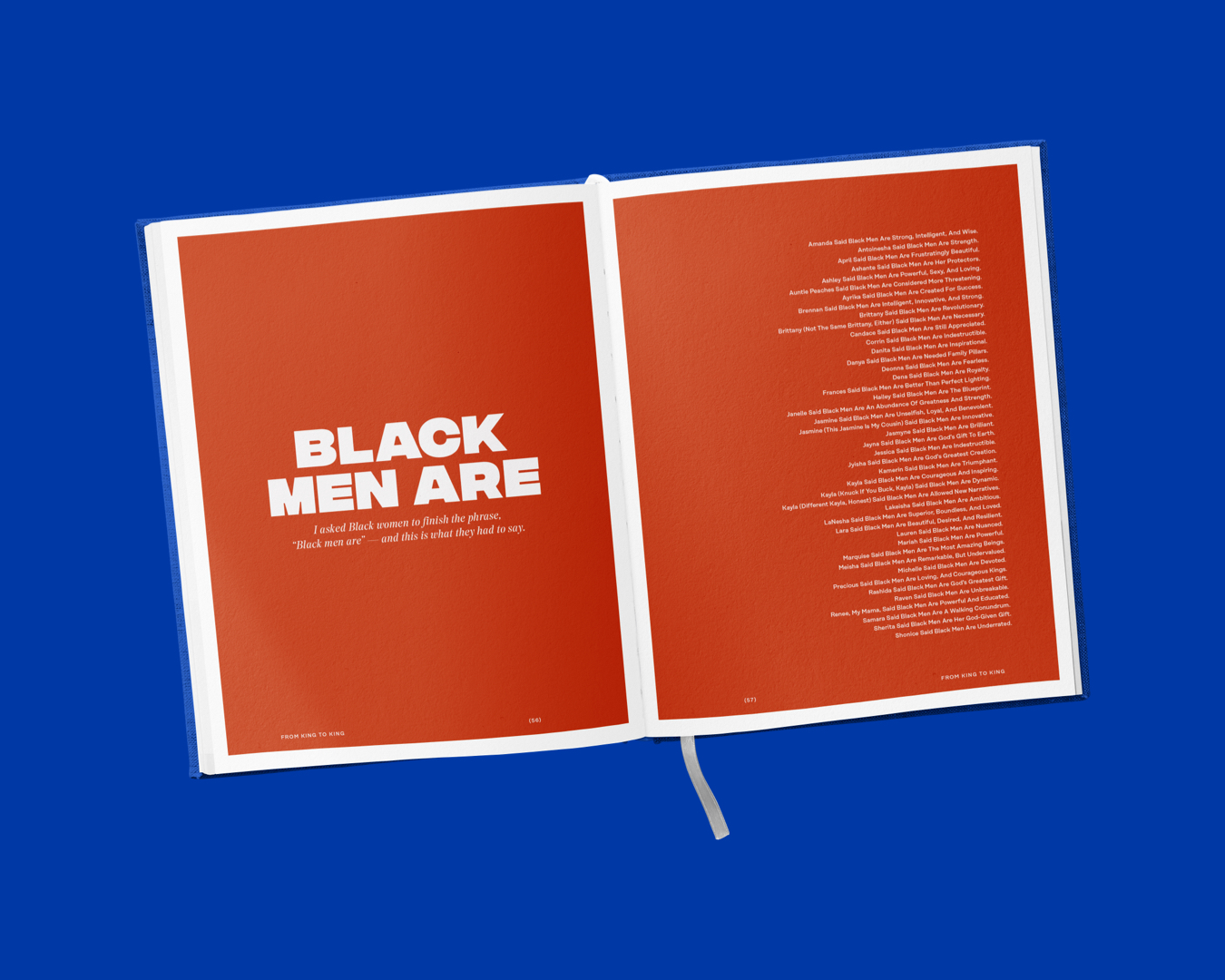 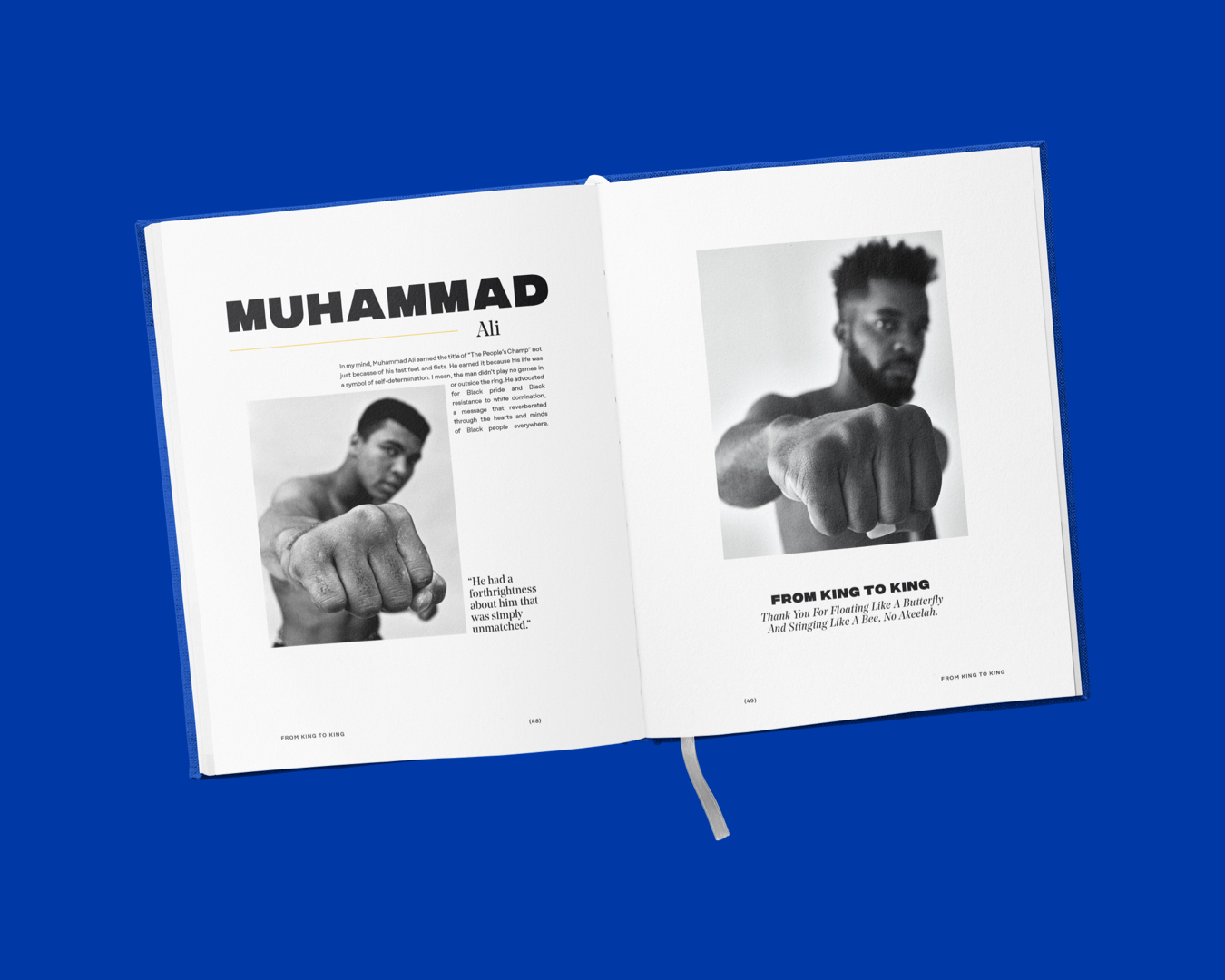